Typists’ duties have been streamlined in recent years, typically absorbed into other administrative positions.

The growing popularity of automated meters, which upload usage data directly to a centralized database, cut into the hiring outlook for meter readers.

Consolidation of stations and the use of automated playlists cut into the hiring outlook for disc jockeys.

Outsourcing of manufacturing and consumer trends moving more toward online shopping, away from brick-and-mortar shops, both contribute to declining outlook for jewelers.

Software programs that streamline the underwriting process have made it possible for the work of insurance underwriters to fall under the duties of other titles in the industry.

Consumer habits change, and more clothing shoppers replace worn and damaged products rather than having them repaired.

Early-career competition for declining jobs in smaller markets contribute to a negative growth outlook for broadcasters.

A long decline in advertising revenue and subscribers has led to cutbacks in the employment of newspaper reporters.

Various levels of programming and code-writing have been integrated into other positions in IT. Individual coding projects can also be hired out to contractors, or is often outsourced.

The Most Endangered Jobs of 2016

Job markets constantly evolve for a variety of reasons, but consumer habits and technology are two of the primary causes why some jobs may fade into obscurity.

The 10 most endangered jobs tracked by the CareerCast.com Jobs Rated report have felt the squeeze of labor market changes in recent years, and face unfavorable hiring forecasts for the years to come.

Consider Mail Carrier, the most endangered job. The U.S. Bureau of Labor Statistics projects a 28% decline in employment of Mail Carriers by 2024, or a total 136,000-employee loss in the field over the next eight years.

The field began changing in the early part of the 2000s, as more Americans communicated through email and text messaging, abandoning the traditional letter when reaching out to friends and family – a combination of consumer trends and technology.

However, the bigger impact on the postal field’s hiring outlook for the future is the automation of sorting and processing.

Automation will be a recurring theme for fields cutting back on hiring in the near future. It’s already had a huge impact on the manufacturing sector, where an estimated 85 percent of manufacturing jobs lost in North America in the previous decade were the result of robotics.

Automation’s presence will be felt for Jobs Rated’s most endangered jobs like Meter Reader, Disc Jockey and even Newspaper Reporter.

The role of automation in the Meter Reader profession is evident, and perhaps you have already seen it for yourself, as utility companies can gauge use remotely. Less obvious is how pre-programmed playlists can eliminate Disc Jockey positions at radio stations.

Meanwhile, for Newspaper Reporters – already in a dwindling market due to the shift from print to online medium over the last two decades, and the loss of associated revenue – automated publishing services looms as a potential threat. For example, Associated Press uses an automated system that can publish stories without human intervention.

Consumer habits will dictate the impact that has on the newspaper industry, since a program cannot provide the same firsthand detail and experience an on-site reporter can. Readers choosing to consume news from the direct source will directly impact that trend.

The same is true for most endangered careers like Jeweler and Seamstress/Tailor, both of which reside in changing marketplaces. Online shopping and department store shopping have contributed to declining outlook for both professions.

To wit, Computer Programmer lands on the list of 10 most endangered jobs at No. 10, with a projected decline of 8% in the coming years.

Fundamental-level programming ranks as one of the few IT sector jobs with negative employment prospects, as the industry as a whole has been one of the healthiest in the United States for the last decade-plus. According to the BLS, computer programming can be done from anywhere in the world, so companies sometimes hire programmers in countries where wages are lower.

Specialized careers in IT remain strong, but basic programming and code-writing can often be outsourced.

Harbor Service Area, and its branch locations offer short-term career technical training programs to individuals providing them with entry-level skills as well as upgrade their skills to meet the ever changing job market.

WIC will be at the Farmers’ Markets 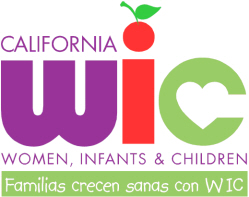